Sale of the Week: a $2.8-million Bayview Village new-build that appeals to a younger generation
toronto-sale-of-the-week-50-canary-intro 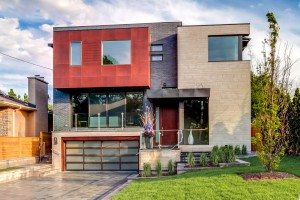 The Property: This newly built custom home boasts details like eight-inch-wide walnut plank floors on both levels, underlit gemstone countertops in the kitchen and iPad-controlled smart home features. Its Bayview Village location affords easy access to the 401 without the traffic found in equally tony neighbourhoods to the south.

The History: The home, completed last December, replaced one of the areaâ€™s ubiquitous 1950s-era bungalows. The sellers built the place for themselves, but then decided to downsize to a smaller pad.

The Fate: A noticeably younger set is taking over the neighbourhood as its older, professional demographic sells off to cash in on ballooning lot values. Developers have been quick to take advantage of the trend by building ritzy contemporary homes designed to woo those with more youthful sensibilities (not unlike the college-aged buyers who snapped up 50 Canary).

The Sale: The sellers bought the lot in 2013 for just over $1 million, a far cry from the $1.5 million that the areaâ€™s bungalows can fetch now. They first listed the home for just over $3 million in order to test the market, then relisted it for $2,954,999. The decrease, coupled with international marketing, did the trick: they received five offers, and chose the one that allowed them to move out the soonest.